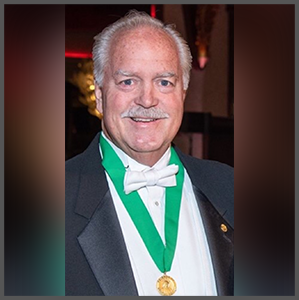 Andrew E. Healey is the oldest of five children, born in Brooklyn, NY, to Claire and Joseph Healey. Andrew’s father was the former Commanding Officer of the famed “Fighting 69th” Regiment and the former Commanding General of the famed “42nd Rainbow Division” in the United States Army. Andrew grew up in Rockville Centre with his brother T.J. and three sisters, Monica, Maureen, and Meaghan.

Mr. Healey is a former Member of the Board of Governors at Mercy Hospital and a Past President of the Friends of Mercy. Within the Friends of Mercy, he has served in every capacity on the Board of Sponsors. He has chaired all the major fund-raising activities: the Gentleman’s St. Patrick’s Dinner, the Mercy Luau, the Mercy Golf Outing and the Mercy Ball. In 1972, he was a member of the Bishop’s Honor Guard representing St. Agnes Cathedral High School. He presently serves the Friends of Mercy as the Special Advisor to the Board of Sponsors. In recognition to his never-ending support to Mercy Hospital, Mr. Healey received the prestigious “Theodore Roosevelt Award” given by the Nassau Suffolk Hospital Council at the Mercy Ball in 2015. Following his Catholic roots, he was also inducted as a Knight of the Equestrian Order of the Holy Sepulcher of Jerusalem at St. Patrick’s in NYC.

Mr. Healey has worked in the manufacturing industry and retail business- employed by both JC Penney’s and Bloomingdales. He has been recognized on numerous occasions for his outstanding sales leadership and his civic activities. While at JC Penney’s, Mr. Healey was the recipient of the prestigious “James Cash Penney Humanitarian Award for Community Service.”

He has been a Charter Member of the United States Lifesaving Association (USLA). Currently, he serves on the Board of Directors, and is a National Certification Officer and Competition Official. In April of 2004, he was the recipient of the USLA’s National “Meritorious Act Award” for a multi-victim drowning prevention.  In 2018, Andy was recognized with the unique and rare “USLA Life Membership Award”; presently only three people in New York State have received this award. An active member of Floodlight Co. #1 Emergency Rescue for the RVC Fire Department where he has served as a firefighter & EMT.

Staying true to his Irish heritage, Andy is a long time member of NYC St. Patrick’s Parade Committee, Past President of the AOH Division 17 and Society of the Friendly Sons of St. Patrick Long Island, was the honoree of the Nassau County AOH Feis in 2019, and presently the Rockville Centre St. Patrick’s Day Parade President.

Mr. Healey has received many accolades, however he is most proud of becoming an honorary member of the 69th Infantry Regiment RHQ, an order by the Commander in Chief and the Secretary of the United States Army.

Mr. Healey resides in Rockville Centre and has spent the last 31 years with his beloved girlfriend Kathy in Breezy Point, NY, aka the Irish Rivera. 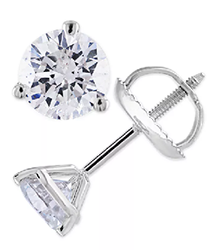 Please accept my donation of

Catholic Health at Mercy Hospital is a leading healthcare provider on Long Island. As such, it is our responsibility, as an institution devoted to health and healing, to protect the well-being of our community. Given Mercy Hospital’s clinical mission, and because your safety is our number one concern, the Friends of Mercy are requiring that all attendees at our 2021 Mercy Ball on December 4, 2021 be vaccinated against the COVID-19 virus. We are committed to the health and safety of our community and it is incumbent upon us to do everything we can to keep our friends and families safe. Science, data, and evidence-based medicine are the lenses through which we made this decision. Thank you for supporting the Friends of Mercy Hospital.